Private Universities in the UK: A Complete Guide for International Students 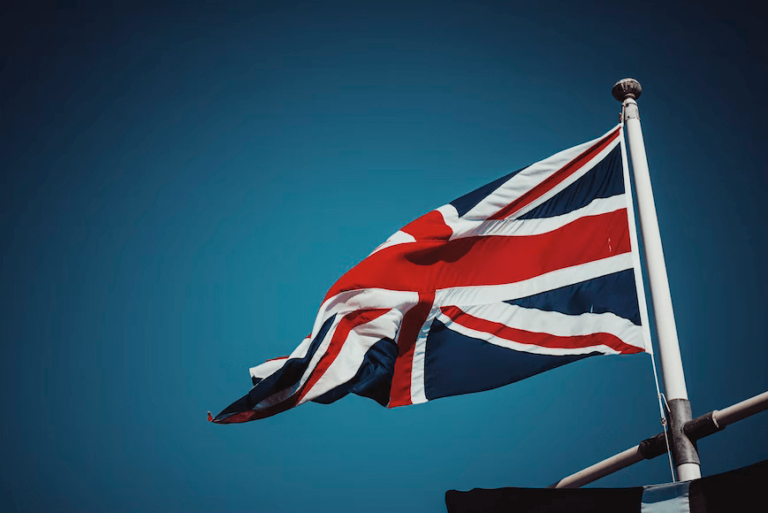 Since Private Universities depend on students’ fees as their only source of income, they tend to work harder to provide the best learning experience. They operate on the Oxbridge style of teaching, which is a more personalised, one-on-one type of tutoring, instead of mass lectures. Fewer students than Public Universities also serve as a benefit as the tutors can give personal attention and encouragement.

2. Emphasis on the Professional Side of the Degree

Private Universities in the UK are more vocationally oriented and prefer to give hands-on experience to their students in various fields. They aim to provide specialised practical training to the students, which helps them cope with real-life situations faster and better. In contrast, public universities focus more on the academic side of education.

While you may be assuming that Private Universities in the UK are costly, that is not the case. Some charge even lower than public institutions. BPP University College charges a fee as low as £6000 per year allowing the student to finish their two-year accelerated degrees for just £12,000. The University of Buckingham offers a degree course of two years for around £22,500, which is £4,500 less than a typical three-year course. Since the fee cap for Private and Public Universities is not the same, you might end up paying slightly more than you would in Public Universities. However, the students from Private Universities in the UK argue that the extra financial cost is worth the price they pay, as the enhanced job prospects and the educational advantages outweigh the lofty fee. Also, the majority of the Universities offer scholarships and give financial aid.

It is important to note that the University of Buckingham has an impressive 97% graduate employment rate; around two-thirds of accountants and a third from the legal profession in England study from BPP.

List of top five Private Universities in the UK 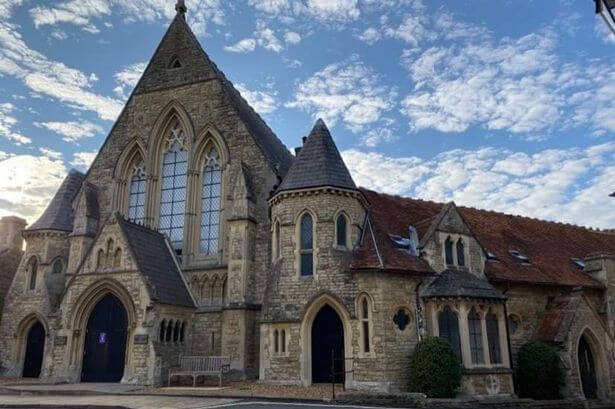 Established in 1973, it ranks among the top ten Universities in England based on its teaching quality. A royal charter granted it University status. From then till now, the University of Buckingham has been at the forefront by constantly improving its degree programs, stepping forward and improving research and methodology. For five years in a row, it has topped the national student survey and is regarded as one of the best Private Universities in the UK. It has a low student-to-teacher ratio, offering a personalised teaching focus. The University of Buckingham offers a variety of courses ranging from accountancy to journalism, from law to history and many more. It also has many international students from more than 100 countries. 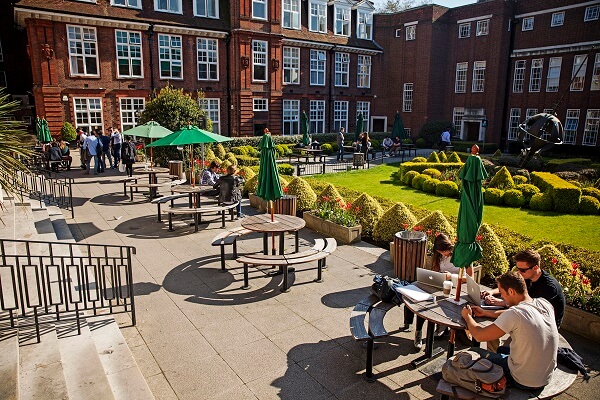 It is located in London and is part of Galileo Global Education, Europe’s most prominent and largest higher education provider. It was established in 1984, received taught-degree granting powers in 2012 and was established as a University in 2013.
This Private University is one of the most renowned Private Universities in the UK due to its high-quality individual teaching methodology. It is set up as a non-profit organisation and is home to students from 140 countries around the globe. Graduates from Regent’s have higher-than-average salaries and have been given high-profile roles and jobs in the media and the government. The campus is located in Regent’s park, Central London.

3. The University of Law (ULaw), London 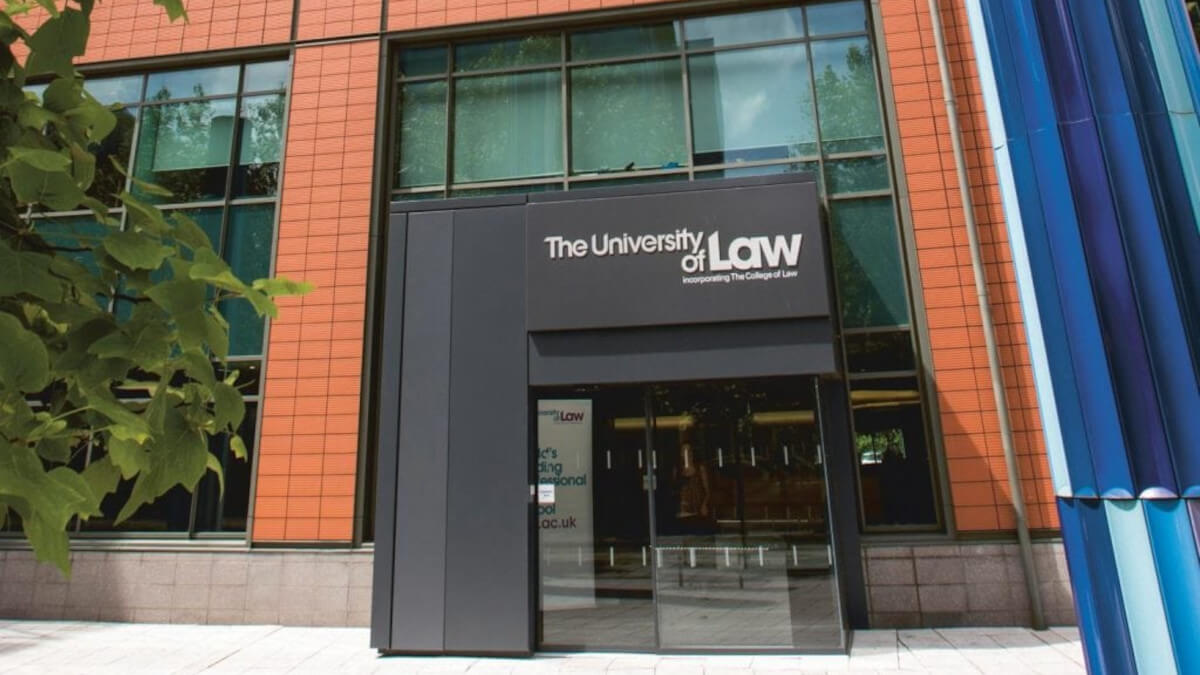 Its origins can be traced back to 1876, as the largest law school in the UK. In 2012, it became the United Kingdom’s first for-profit educational institution granted University status. ULaw is regarded as one of the most prestigious and highly esteemed Universities providing high academic standards. It has 19 campuses in total! 16 campuses all around the UK, an online campus that caters to thousands of students every year, GISMA in Berlin and another campus in Hong Kong. In 2021, ULaw achieved a 5- star QS rating as an institution and its Law subject. Not just that, but it also earned five stars in other areas like Teaching, Employability and Academic Development.

BPP is named after its founders, Alan Brierley, Richard Price and Charles Prior. In 1975, they set up an institution called Brierley Price Prior which gave training to accountancy students. BPP University College comprises four schools: Law School, School of Nursing, School of Business & Technology and School of Health. It has approximately 16,000 students studying in 13 centres and on 8 campuses around England. BPP provides its students with practical and theoretical knowledge and gives them a chance to work alongside professionals as interns. The number of enrollments in BPP is only increasing each year, and it is one of the most populated Private Universities in the UK.

5. The London Institute of Banking and Finance (LIBF), London 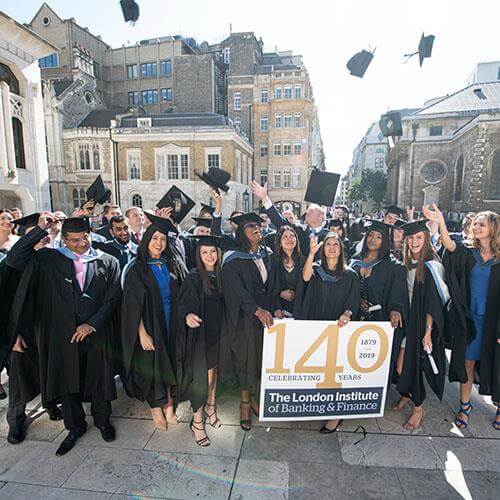 It is now a University college established in 1879 and is the oldest professional and training body for financial and banking services in England and Wales. It started as an Institute for Bankers by bank workers who understood the need for education and professional standards within this industry. The quality of education in this University college is unique as the lecturers or Professors at LIBF have direct professional experience in the field, which is the financial services industry. The academics team keeps up to date with the latest financial regulations to ensure that their modules are relevant. The lecturers give the students a much more enhanced and deeper insight to apply their learnings into practice as they are professionals from the same domain. They help them relate theory to practise and provide a unique teaching experience.

Other Private Universities in the UK to look for:

This blog about Deadlines and Intakes in the UK might interest you. Click the link below to check it out.

Deadlines and Intakes in the UK for Master’s Programs: A Complete Guide

Need help with your MS in UK?

Submit your details. We’ll call you back in 48 Hours! 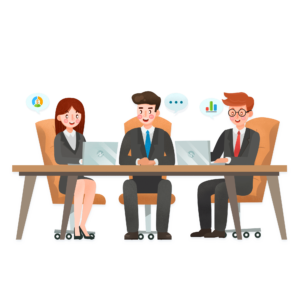